Steve Buscemi: the Man, the Myth, the Legend

This article was driven by pure curiosity, and it is all in fun. I wrote this in the middle of the night.. The information is no more complex than that of which you could find from a Wikipedia page. Enjoy.

Steve Buscemi is a mere 62 years old, and the man has already accumulated 144 film credits (without counting TV). With decades more of acting ahead of him, and a very diverse filmography, it is impossible to speculate just what, exactly, he will do next. Due to that high quantity of roles, I was not able to present all of them- nor have I seen all of the films presented But here he is…. Incomparable. In some respects, an enigma. Who else goes from Tarantino to Sandler? (Actually, Harvey Keitel did, but we don’t have to talk about that). We all know and love the guy in Fargo and from his multi-episode arcs on 30 Rock and the Sopranos.

So, let’s break it down (for the most part): Steve Buscemi’s career.

The Cobbler, Airheads, The Week Of, The Ridiculous 6, Grown Ups, Big Daddy

Remember the guy in the full body cast in Grown Ups? Doc Griffin in The Ridiculous 6? Maybe not, if you’re a respectable movie-goer who follows my blog for aesthetic and intelligible film analyses- but it was Steve. Steve has even called Sandler an auteur of modern cinema (Source 1). Well, Sandler’s $2,724,520,784 (Source 2) payday at the box office as producer may agree with him.

When asked about his favorite Sandler movie, Buscemi said this:

“Well, I’m very partial to BILLY MADISON, because that was one of the first films that Adam did on his own, as part of his production company. And the film that we did before that was called AIRHEADS, which was directed by Michael Lehman, and that was the film Adam and I met on, where we played brothers in the band, “The Lone Rangers”… and I always have a great time working with Adam. I loved the character I played in THE WEDDING SINGER. I just worked with him again on the western that he’s shooting now called THE RIDICULOUS SIX. But yeah, I would say… I don’t know if I have a favorite, but I really do love the character in BILLY MADISON.” (Source 3)

Gotta love respect for the game.

Buscemi captured many hearts and minds as the not-so-typical love interest in Ghost World back in 2001. With its distinct style and peculiar sense of humor, that movie became the anthem of alternative girls in the early 2000s.

“I loved working on that film. Thora Birch was incredible to work with. Scarlett Johannson and Terry Zwigoff, they were really smart and very funny and paid attention to every detail. The director would get obsessed with people in the background. Sometimes, after Thora and I would finish a scene, we would see Terry walk up to us, and we would think he was going to say something to us, but he would walk right by us and give very specific directions to the background actors, telling them, ‘Okay, let’s do this again!' (Source 4).

More recently, he’s been starring in some pensive pieces from festival darlings Andrew Haigh and Jim Jarmusch. Actually, Buscemi has had appearances in a couple Jarmusch movies before then, but no roles were substantial enough to organize into their own category.

Consequently, Buscemi played the heart-of-gold racehorse owner in the former and the racist farmer who gets eaten by zombies in the latter. Artistic range at its finest, folks.

Buscemi first met the Coens when filming a segment for Paris, Je T’aime. He then auditioned for Miller’s Crossing and received the fast-talking role of Mink Larouie. He is perhaps most well known for his role as a murderous psychopath in Fargo, although the author’s personal favorite goes to Donny in the Big Lebowski, however ironic it be that his finest scene…

Ethan Coen did address this in an interview.

“When there’s a great collaboration like the one with him, you want to work together again.” Ethan admitted, “We always end up killing his character for some reason. He hasn’t complained yet. Maybe that’s why we continue to do it.” (Source 5)

Here’s to hoping that the Coens continue to find interesting ways to kill him for our viewing delight.

This one truly is a head scratcher. Transformers, evidently, was a simple voice role but it’s still fun to imagine Steve as the lead of a major action movie. Steve, already on a first name basis, it feels like I know him.

I’ll be real, I haven’t seen any of these movies. I’m just amazed that the man has had enough collaborations to be found on the “frequent collaborators of Michael Bay” wikipedia subcategory. 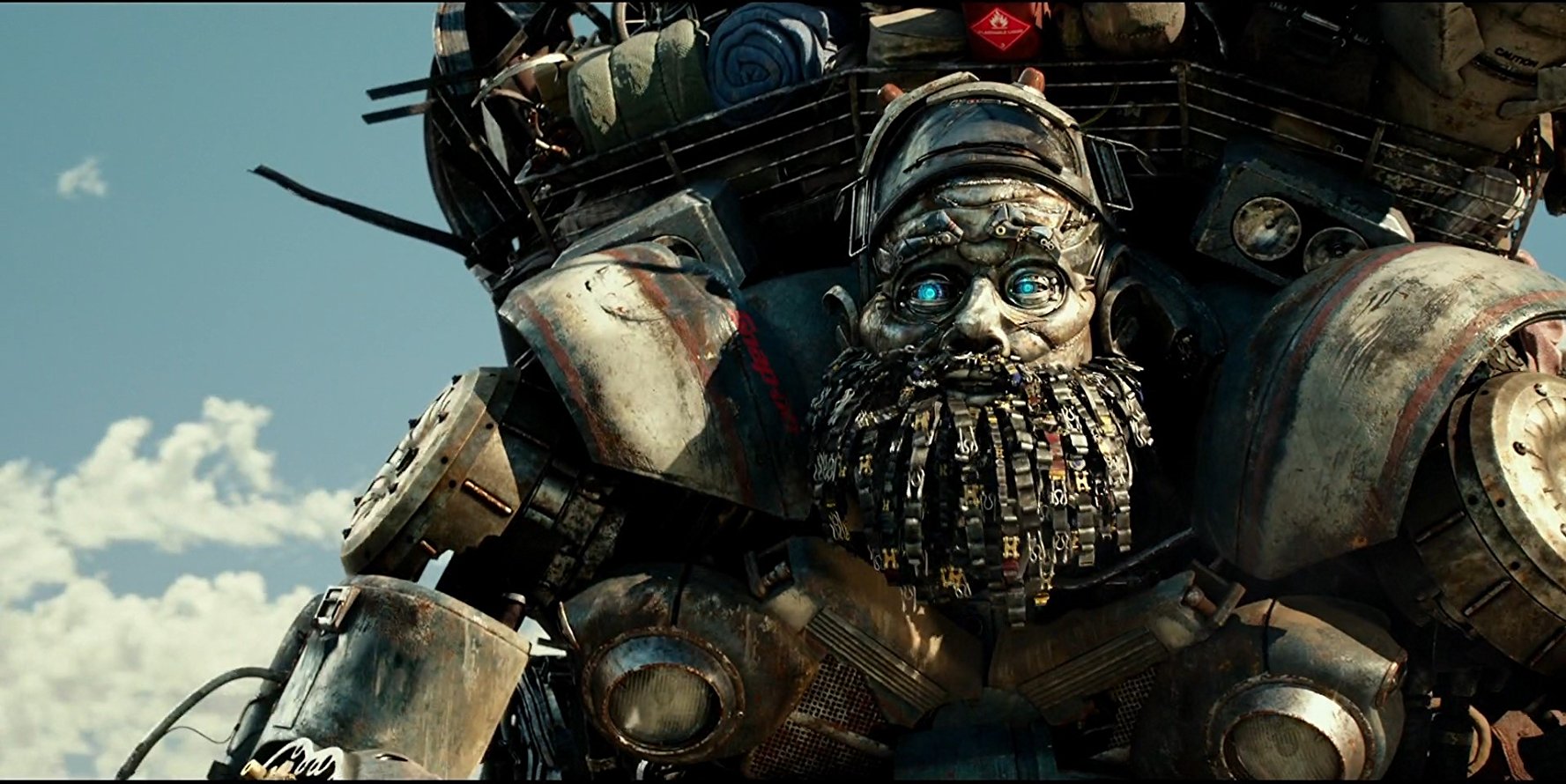 I have not seen any of these movies either, but knowing that Steve has some directing credits under his belt convinces me that much further of his versatility.

Regarding that last entry, apparently Steve really likes Vampire Weekend? I was so baffled when I read that.

“We are thrilled to be working with Steve Buscemi, a wonderful actor, a NYC legend and a great director. We couldn’t have picked a better guy to man the cameras for our April 28th event, ” said band lead singer Ezra Koenig.(Source 7). 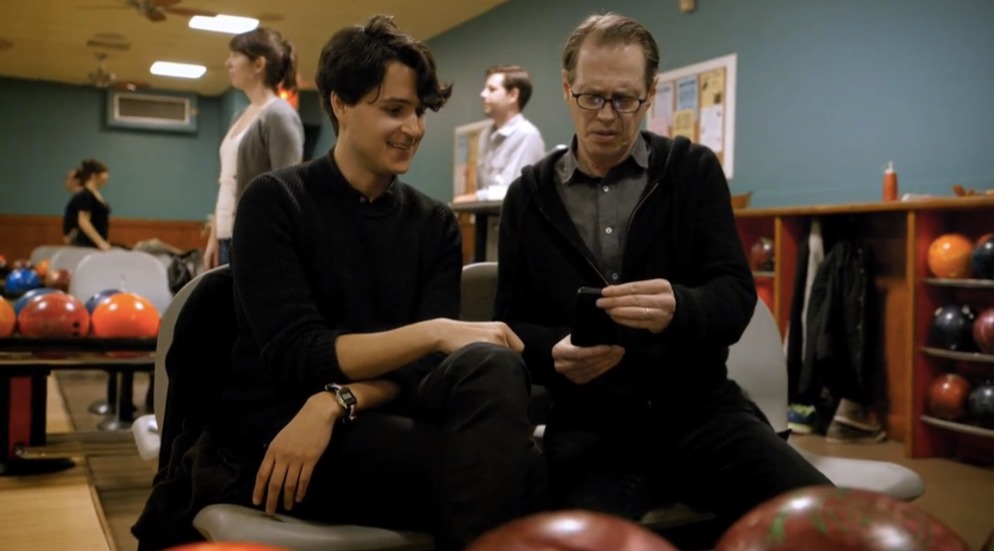 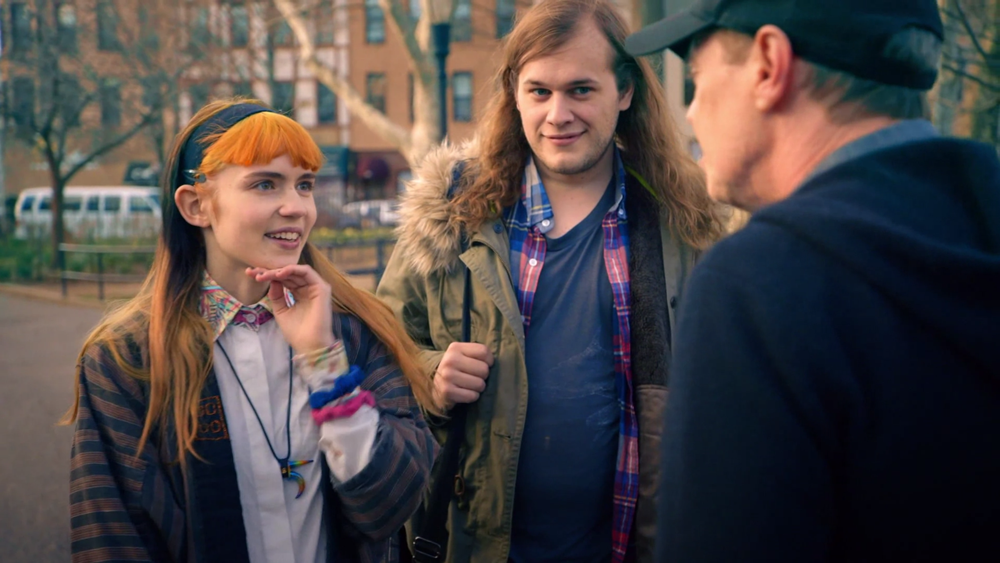 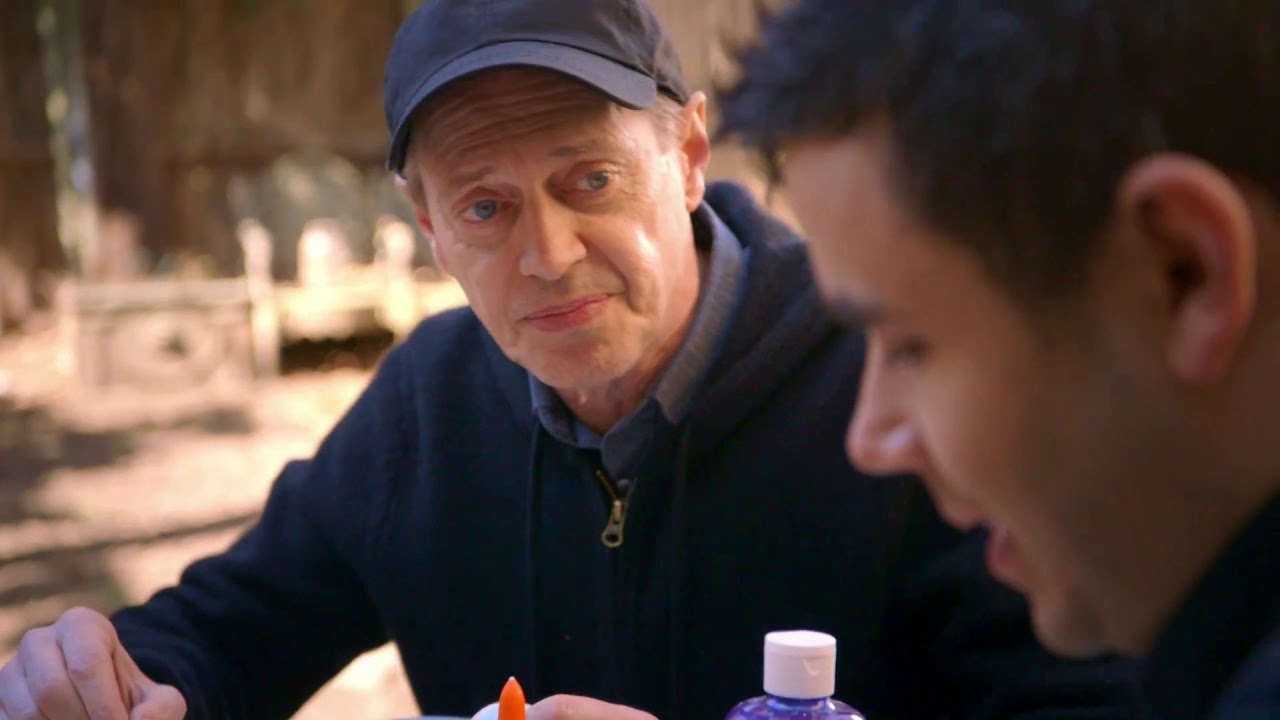 I was going to include a subcategory about his directing and acting stints on The Sopranos and 30 Rock but I’m getting tired. He used to be on Boardwalk Empire and Horace and Pete (a fan favorite that I have not seen) and now he’s on Miracle Workers with Daniel Radcliffe on TBS which is very epic of him. Check back later to see if my heavy burden of ignoring TV persists. Allow me to get to the point.

Reservoir Dogs, The Death of Stalin

Fargo belongs here too, but alas.

Fun fact according to the Reservoir Dogs wiki wiki- Tarantino originally wrote the role of Mr. Pink for himself, and in an earlier draft gave Mr. Pink the Like a Virgin speech. Then he gave the role to Buscemi and changed it so that he, Mr. Brown, would give the speech. Classic film bro behavior. (Source 6) Buscemi made another cameo-like appearance in Pulp Fiction but has not returned to work with Tarantino since. I’m not speculating or anything, though.

The Death of Stalin, from Armando Ianucci, seemed to be very much Buscemi’s speed. Ianucci’s normally known for his crackling wit on HBO’s Veep (a stellar show, I might add), and the ensemble piece starring Paddy Considine, Jeffrey Tambor, Andrea Riseborough, and Jason Isaacs is among the better historical film satires out there.

In an interview with Collider, Buscemi said:

“I got the script that Armando Iannucci co-wrote and knew who the other cast members were going to be or could possibly be, and then read it and went, “Oh, my god, where do I fit in?! How do I do this?” And then, I had a lovely talk with Armando on the phone and he very calmly, as he does, reassured me that I’d fit in and it would all work out, and it did. I’m glad I did it. I’m glad I got out of my own way because it was pretty intimidating….

It starts with who’s making it and the script. I love ensemble films. I love films that are about different characters and not just two people that you follow, and they don’t really have friends or family. I love films where you’re not sure who to follow and characters come in and out. What I generally look for, when I sign up to do a film, is the writing, the directing, the cast and how the story is going to be told.” (Source 8)

I love ensemble films too, Steve, and you were mighty good as Khrushchev. (Check out that transformation!)

What can we say? The guy does great voice work. His smooth-toned, greasy-sounding Brooklyn-style gabble makes him perfect villain material, or on the other hand, a sympathetic worn-out werewolf. Here are some of his best contributions to animated film. (All quotes from IMDB). You can just imagine his voice.

“Wazowski! Where is it, you little one-eyed cretin?”

“I can tell were gonna be best chums, Mike. Take whatever bed you want, I wanted you to have first dibs.

[a monster student bumps into him, making him yelp and turn completely invisible, with only his glasses remaining visible]”

Charlotte’s Web, as Templeton the Rat

“Have you seen the pig next door? I think his mama was part hippo. If I had to name five of the fattest pigs I've ever seen, he'd be three of them.”

But never, under any circumstance, forget his greatest role to date:

“He’s an overly-ambitious genetic scientist who invented miniature versions of zoo animals.He does this because he thinks they would make an excellent gift for children.This would, admittedly, be a really dope toy.One day, Romero accidentally mixes some of his DNA test tubes together, and creates brand new hybrid creatures, which he then proceeds to name, quite creatively.Romero decides to create a whole new zoo full of these brand new creatures, which he calls “Romero’s Zoo Two.”Then Romero gets the brilliant idea to just go ahead and make these tiny creatures bigger. Unsurprisingly, this idea does not go well for Romero, who accidentally spills the entire growth serum all over his genetic mutations.The animals grow to dinosaur-size and take over the island. Romero, terrified of being eaten, proceeds to hide in his volcano home for the rest of his days. Reflecting on this choice, he delivers easily the best line of the film, and indeed, perhaps of any film, ever:“Do you think God stays in Heaven because he too, lives in fear of what he’s created?” This line is so good it became a meme. Also fun fact, Buscemi now plays God on the TV show Miracle Workers, so it’s probably a sequel to this movie? Sure, why not. Eventually, Romero is forced to face his creations…And it turns out they adore him as their dad.Romero has become the king of monsters. The master of the mutants.He rides on a Slizzard and saves the day by preventing the evil man from getting his hands on a transmooker device. (Don’t ask.) He presumably lives happily ever after on the island as the monsters’ leader. Other incredible Romero moments: He sicks his monsters on intruders, even if those intruders are small human children. He delivers important plot device lines that set the stakes for the film’s climax. He also rocks a visor in this scene, which is very important.”

Romero was an homage to Frankenstein. He wanted his little zoo creations to give as a gift and end up genetically modifying them. (Source 9)

Incredible. You inspire me every day Steve. I hope one day I can be as unpredictable as you.

If you bothered to read through this whole thing, thank you. I'll be writing about Peter Bognanovich next, but it's always good to take time to write about what one is truly passionate about.

The Evolution of the Teen Movie